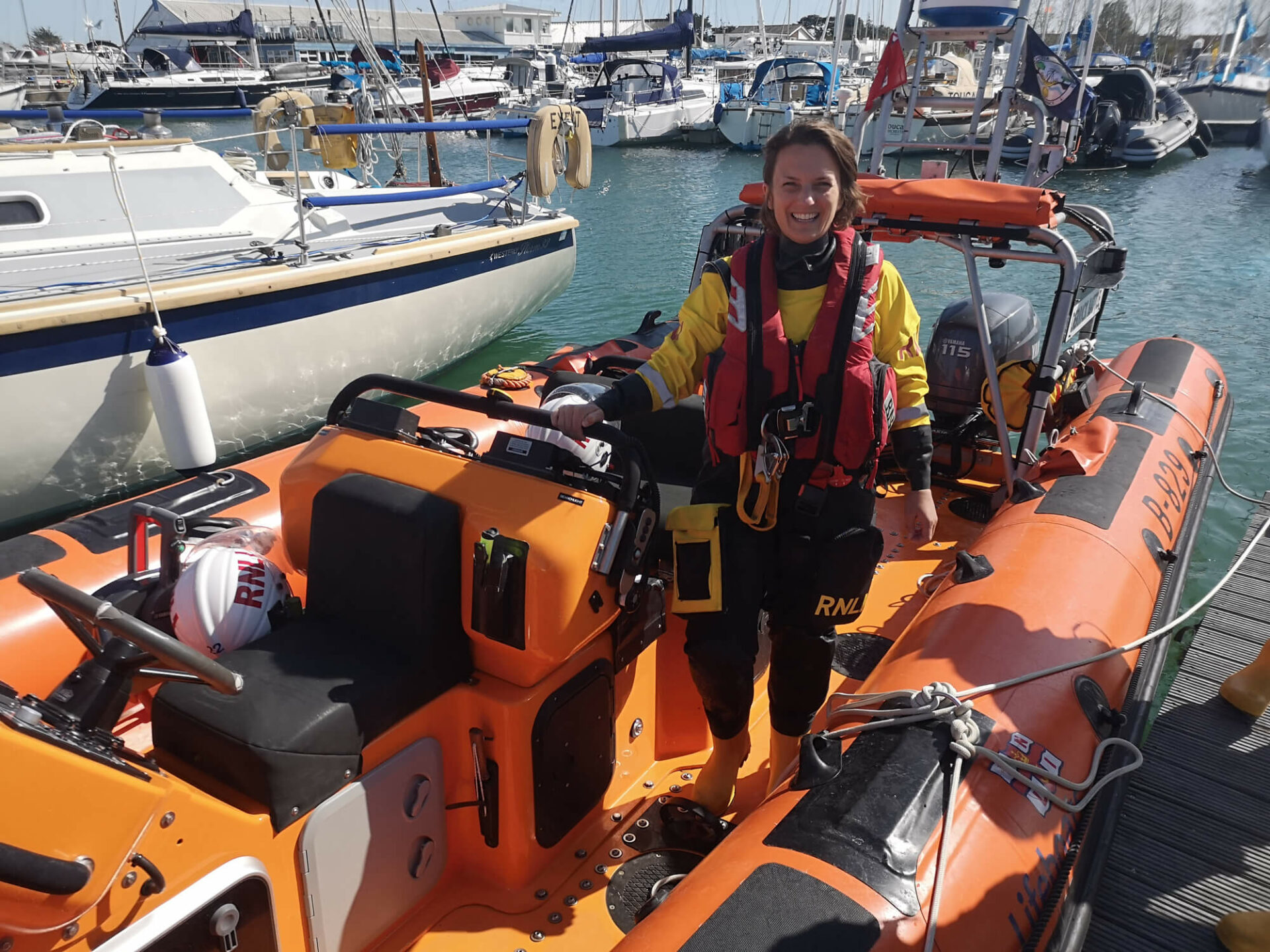 In February, our Head of Marketing and Creative, Eleanor Briggs was awarded a Vellum Service Certificate by the RNLI for her courage and teamwork during a dramatic rescue on 28th June 2020 that saved three lives onboard a stricken vessel.

Eleanor was one of seven crew members from the Hayling Island Lifeboat Station to receive the award presented by the RNLI Chief Executive, Mark Dowie.

As a water sports enthusiast, having spent her early years teaching kitesurfing, sailing and water-skiing across a number of continents, Eleanor has a profound respect and love of the ocean and sought ways to help protect those who might come into difficulty.

“From seeing first-hand how quickly conditions can change when out on the open water, I have always had the deepest of respect for the ocean and joined Hayling Lifeboat as a way to give back to my community and help those who may get caught out. Over the years we have rescued all manner of people from seasoned sailors to everyday beach lovers.”

The rescue that saw the seven crew members commended for their actions took place in force 5 – 6 winds increasing to force 7 on a flooding tide, just off West Wittering on the South Coast of the UK. The 25ft vessel was sailing with three occupants onboard without a working engine. The yacht’s keel was crashing against the bottom in 1.5m of water and pitching violently in the conditions, taking on water and was in danger of capsizing. Both the station’s vessels were launched, the Hayling D class lifeboat Jacob with Andrew Ferguson at the helm, along with Lloyd Pepperell and Jack Anson as crew, heading into a strong flooding tide in a breaking two-metre confused sea. A few minutes later the station’s Atlantic 85 Derek Battle took to the water encountering huge waves under the command of Dan Macpherson with Sharon Swan, Eleanor Briggs and Thomas Lincoln as crew.

Once on scene the smaller of the lifeboats was able to come alongside the yacht in the perilous conditions and dropped crew member Lloyd Pepperell onboard the casualty vessel, to check on the occupants, and place himself on the bow of the boat to fasten the tow line thrown by the crew onboard the Atlantic 85.

A description of the tow to safety taken from the original announcement stated that “Speed was limited to three or four knots as the yacht reacted violently, twisting and bucking at any attempt to go faster. During this time Pepperell managed to get the engine working and eventually was able to helm the vessel to a mooring and its occupants made safe ashore. No injuries were sustained during the operation.”

Speaking about the rescue Eleanor commented,

“When you head out in conditions like on that day, you don’t think about how big the waves are or what might happen, you focus on your training, your team and getting the job done.”

Eleanor, who has been with Arksen since before its launch, has recently moved to Canada and continues to head up our growing marketing team. Since her move she now volunteers for the local Royal Canadian Marine Search And Rescue (RCM-SAR) service at her local station in Squamish.

“Being able to volunteer and continue my training in marine search and rescue is a complete honour. I feel very lucky to have found a similar supportive community within the RCM-SAR unit here in Squamish as I did with my fantastic crew back on Hayling. We do not do this work for the potential accolade but it has been a proud moment to receive this award alongside the incredible and dedicated crew members I have had the pleasure of serving with.”

Arksen is proud to have a diverse team who embrace the adventurous spirit and approach the work we do in a collaborative way. Teamwork, both in and outside of work, is a core part of the culture at Arksen and enables us to push boundaries and drive innovation. It is through the joint efforts of passionate people and partners that we are able to strive towards our goal of a sustainable marine future.

You can find out more about the team here.