How Science Can Save the Ocean 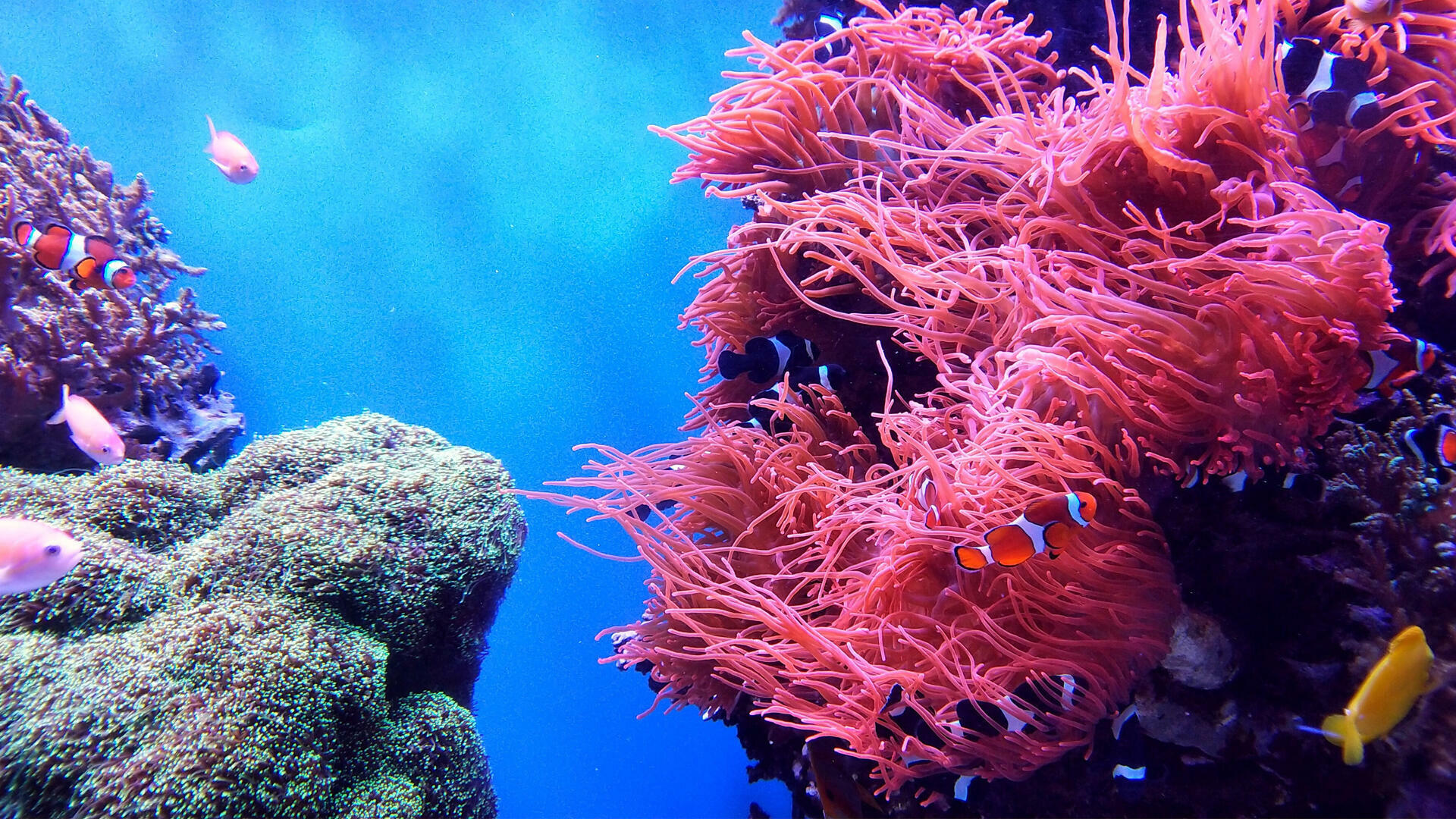 The next 10 years could not be more critical for our planet. Discover how science can save the ocean.

The UN’s ‘Decade of Ocean Science for Sustainable Development’ promises a “once in a lifetime” opportunity to work together and generate the knowledge needed to underpin ocean conservation.

Huge amounts of research will be needed to inform the policies of the future, and the collaboration of scientists, governments, policy makers, industry and general society will be critical.

But why is it so important, what needs to be done, and how can everyone play a part in collecting the data needed to help save the ocean? 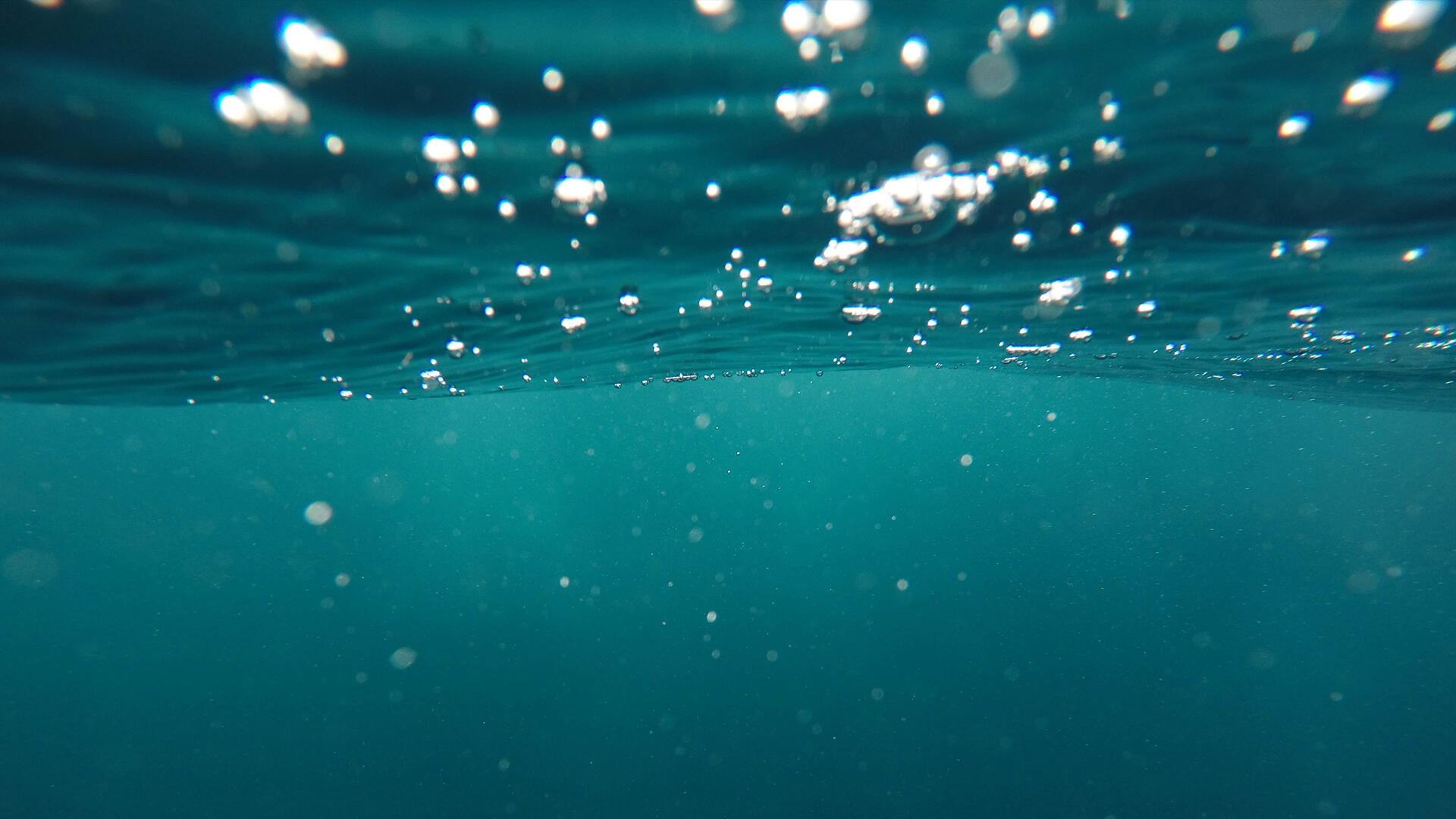 Life cannot exist without a healthy ocean. Covering 71% of the planet’s surface, the Earth’s largest ecosystem not only stabilises our climate and chemistry, it also creates half of all the oxygen we breathe.

In this dramatic global warming period, the ocean has taken up 93% of all excess heat in the Earth’s system. Simultaneously, it absorbs 25% of our CO2 and controls large-scale climate variability such as El Niño and the North Atlantic Oscillation.

But that’s just the start of it.

We send rockets into space searching for water as a sign of life, yet we are still a long way from knowing all about this precious commodity on our own planet.

We have mapped just a fraction of the ocean floor and discovered less than a tenth of the species estimated to be living within it. There is a lot left to learn, but what we know is already enough to realise things need to be fixed.

The Ocean is in Danger

The research we already have tells us that the ocean’s delicate balance has been put in danger by human intervention, such as overfishing, acidification, emissions-induced climate change, land and sea-based pollution, habitat destruction and degradation of marine and coastal environments.

That 25% of CO2 it absorbs is helping to mitigate global warming, but it is also causing the water to become more acidic and decreasing biodiversity and the more it has to absorb, the worse that gets.

Meanwhile, more than a billion people take animals from the ocean for their primary source of protein and those who inhabit its fringes are causing habitat destruction and feeding in waste.

Despite this, less than a tenth of the ocean has been designated a Marine Protected Area (MPA) of any sort, while only 2.5% is implemented fully or highly protected MPAs, according to the Marine Conservation Institute, MPA Atlas.

With the global population rising by the second, human impacts on the ocean will only increase, challenging the UN’s Sustainable Development Goal number 14 “to conserve and sustainably manage ocean and marine resources by 2030.”

How Science Can Help 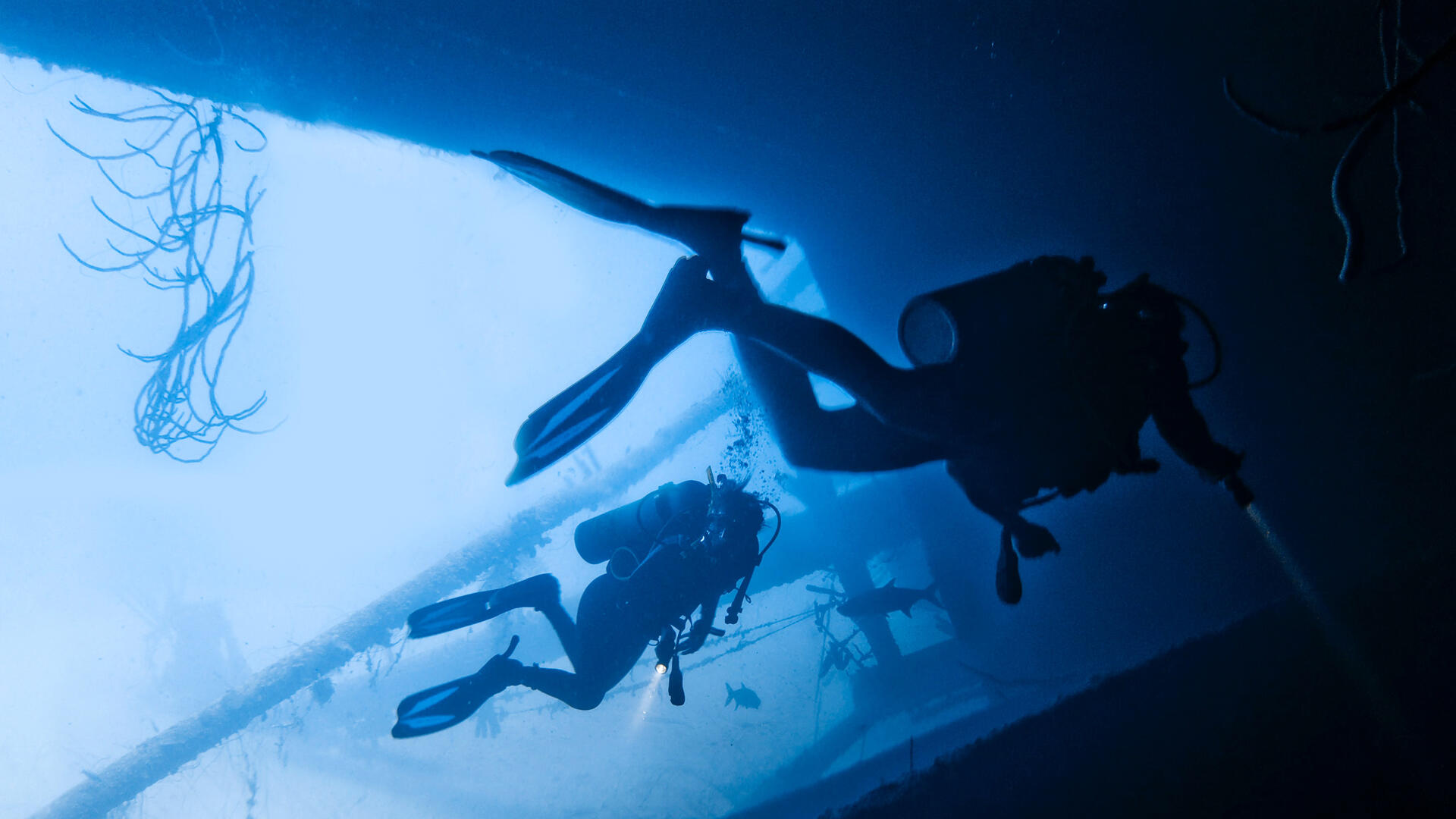 The UN acknowledges any mitigating actions “can only be effective if based on sound knowledge informed by science.”

However, ocean science only accounts for between 0.04% and 4% of total research and development expenditures worldwide, according to the Global Ocean Science Report. Far more of it is needed to be able to make a difference.

But in the world of science, things don’t always move quickly.

It was in 1863 – yes, EIGHTEEN 63 – that a landmark report linking climate change to atmospheric CO2 concentration was published in the American Journal of Science and Arts.

‘On the Earth’s Climate in Paleozoic Times’ was published by T. Sterry Hunt and referenced John Tyndall’s work. He explained the ‘greenhouse effect’ in a lecture to the British Royal Society entitled ‘On Radiation Through the Earth’s Atmosphere’ the same year.

It was a groundbreaking acknowledgement, yet it took decades for the wider world to take note and decades more for scientific research to build the level of data needed to inform change.

By the time we achieve Net Zero, assuming all goes to plan, it will be almost two centuries since that report.

The ocean is potentially an even bigger challenge. It cannot take decades more to tackle this.

Thankfully, though, with an already high baseline of scientific knowledge, rapid advances in technology and growing momentum for citizen-driven change, things are in place to make this happen fast. 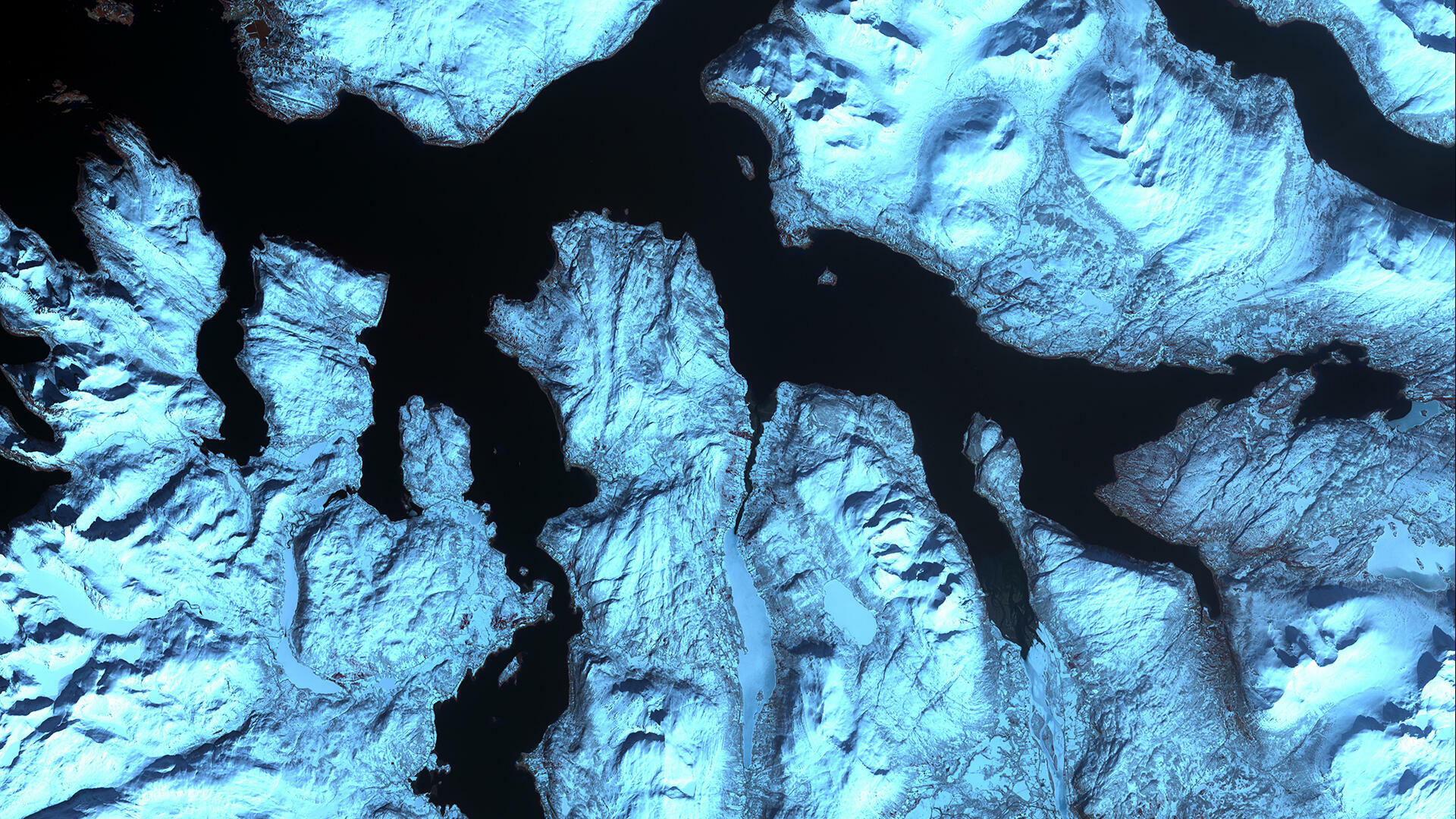 When the Scientific Committee on Oceanic Research (SCOR) was established in 1957, it was the first permanent interdisciplinary body committed to defining, researching, and tacking the ocean’s scientific problems.

It’s early small international working groups grew into larger-scale projects in the 1980s, such as the World Ocean Circulation Experiment (WOCE) and Tropical Ocean-Global Atmosphere Study (TOGA), which provided new understanding and abilities in the prediction of El Niño events.

In 1995, the World Climate Research launched its CLIVAR (Climate and Ocean: Variability, Predictability and Change) project to actively facilitate analysis and predictions of variability and changes in the Earth’s climate system.

Then, as awareness of the connection between ocean events and climate change grew, the 2000s saw SCOR deliver the Joint Global Ocean Flux Study (JGOFS). This study explored the ocean’s role in the global carbon cycle and the Global Ocean Ecosystem Dynamics (GLOBEC) project to look at how global change might impact marine ecosystems.

The more our knowledge of the ocean has grown, the greater the areas of study have become.

Right now, Future Earth is using its Ocean Knowledge Action Network to support projects such as IMBeR (Integrated Marine Biosphere Research), which is looking at biogeochemical cycles and their effects on ecosystems, and Coasts, which supports sustainability and adaptation to global change in coastal zones.

But not all plans result in direct success.

Almost a decade ago, the 10-year Aichi Biodiversity Targets project was set up to deliver a global focus on this area. But as many of these aims were not measurable and realistic, most of the targets will not have been reached by the time it ends.

The issues with Aichi clearly show that focus and definition is key to achieving the widespread commitment needed to help accelerate progress. 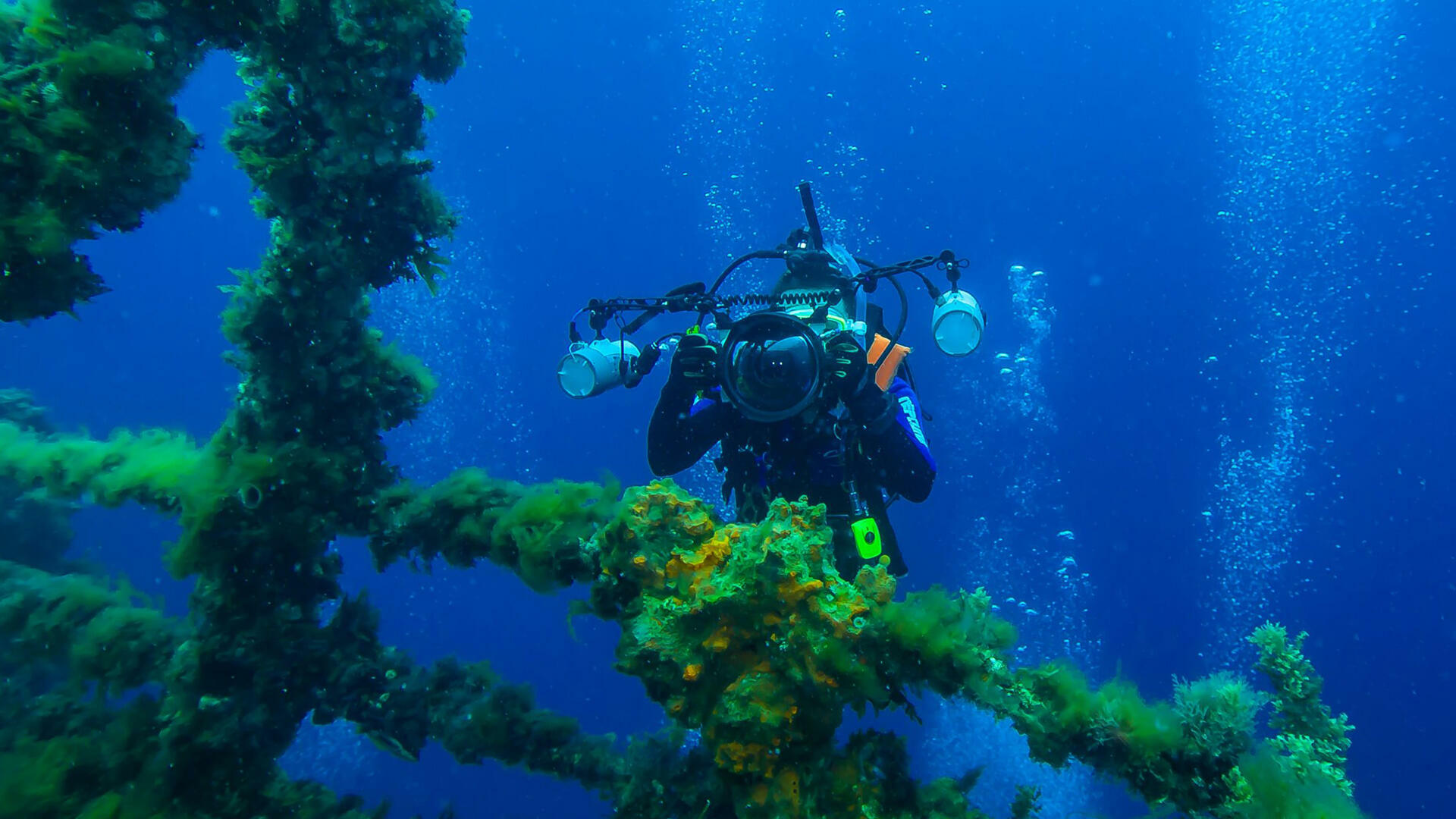 All around the world, communities are coming together to support ocean research, from organisations like the ‘Local Ocean Conservation’ in Kenya to the SAMOA Pathway, which unites all the world’s small islands.

A Desire for Change

All these smaller projects represent a huge global desire for change, and a united and co-ordinate effort could take things to the next level.

In the UN report, Craig McLean, Acting Chief Scientist at the US National Oceanic and Atmospheric Administration (NOAA), said: “The ocean, or what we call ‘inner space’, is thrilling, and relates directly to our quality of life on Earth.

“I want my grandchildren to remember me with appreciation, and not ask why I didn’t do a better job with their ocean.”

Core to the UN’s aims is the production of a “digital atlas of the ocean” along with a “comprehensive ocean observing system” for the planet. But it will take significant funding to make it happen.

As a result, the commitment of governments, businesses and private individuals to put their support behind ocean research will be vital. 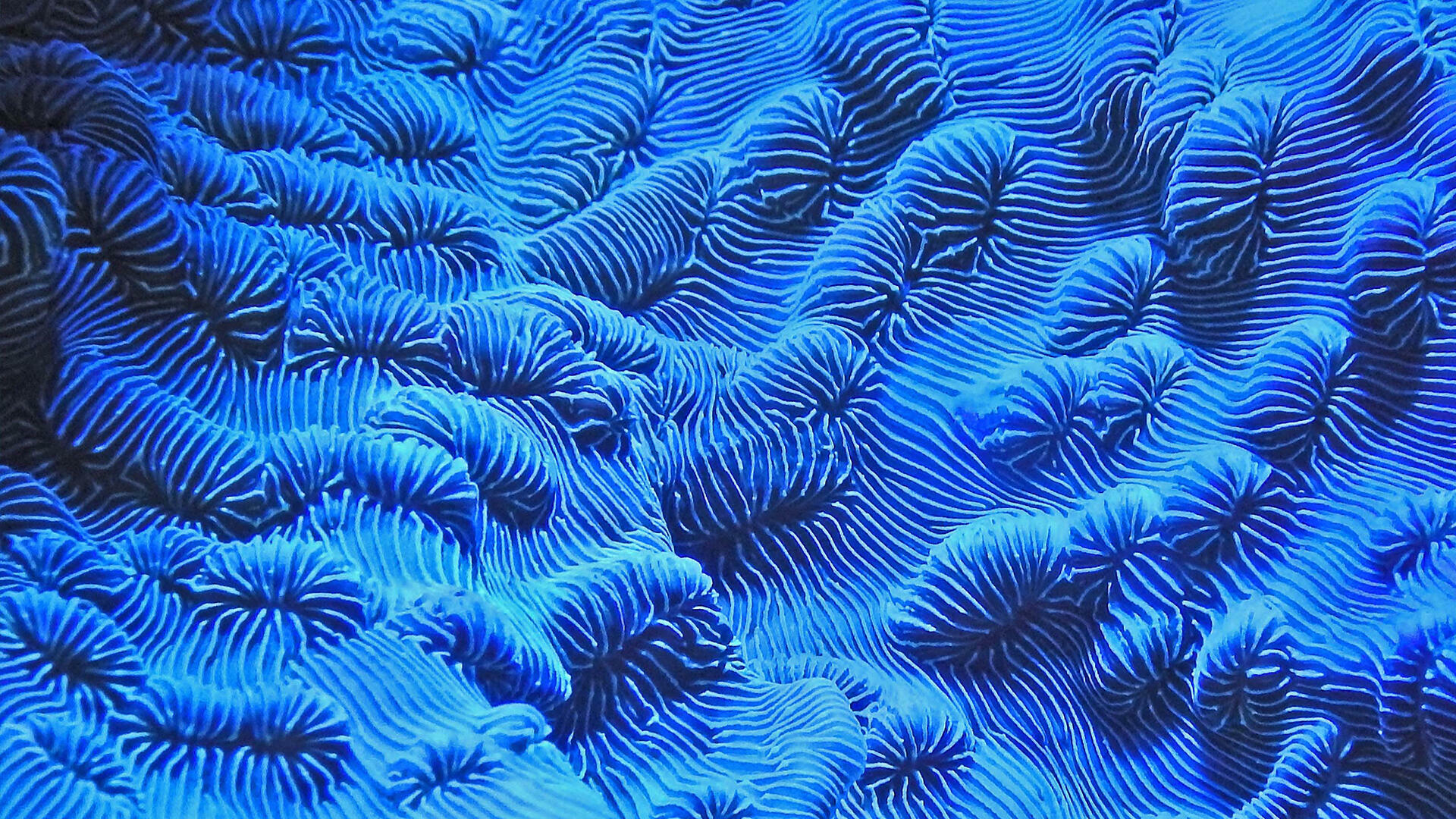 Increasing this funding support is crucial because the impact that scientists can deliver can be monumental.

This has been well proven by the amount of detailed research undertaken to underpin policy-making climate change. But the complexity of ocean science is just as great, if not greater.

It is also fascinating what it can reveal.

State-of-the-art geochemical analysis can be used to understand the composition of coastal and marine water and sediments and determine ocean mechanisms;

Marine biology and ecology can explain ocean systems through understanding the different organisms and ecosystems, from the coast to the deep;

Palaeoceanography and palaeoclimate techniques can uncover past changes in the Earth System for future climate prediction;

Marine biogeochemistry can build an understanding of the cycling of nutrients, carbon and other elements in the global ocean and their anthropogenic impacts;

And physical oceanography can quantify and predict the physical characteristics of the ocean and the dynamic processes that control its circulation and mixing.

Much of the coastal and ocean-bound activity underpinning this research involves getting out onto the water and using high tech equipment to perform detailed measurements.

These projects could include collecting echosounder data to form a biogeography database; SCUBA divers collect coral samples to understand how they affect the ecosystem; or satellite tagging of marine animals to track their moves.

And the more boats that are out on the water researching, the more data can be collected. 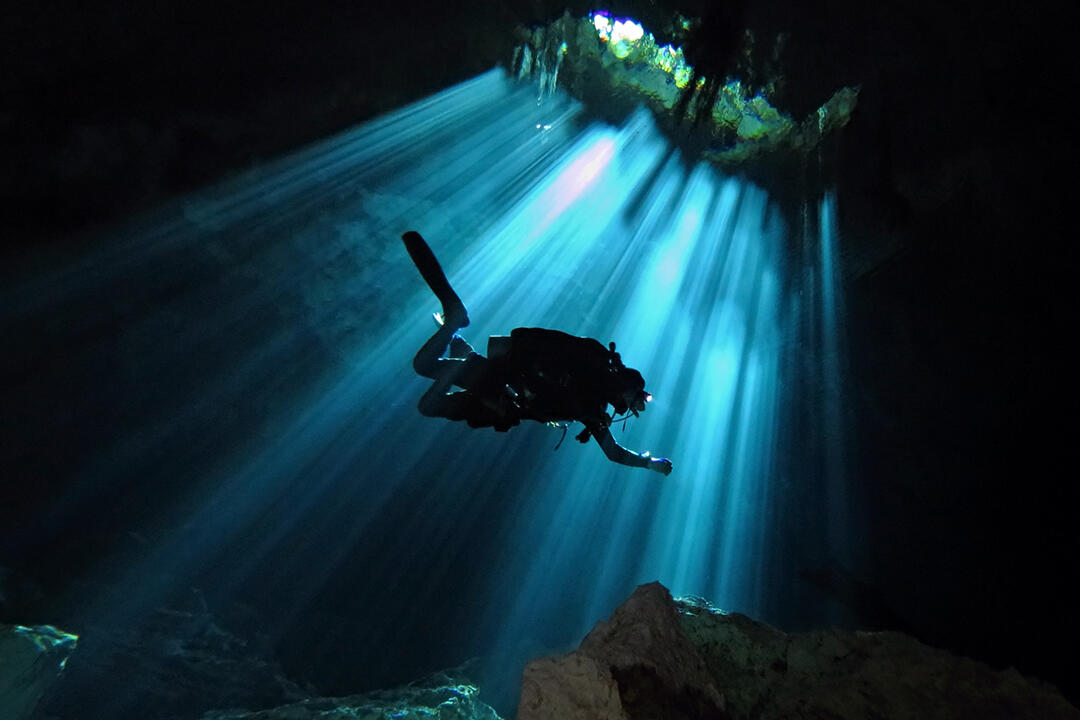 The private sector is primed to support in this by enabling both professional and ‘citizen’ scientific research through funding, technology, vessel support and management.

One of the biggest challenges is that cutting-edge scientific infrastructure and human scientific capacity are not evenly distributed worldwide. And, crucially, capabilities for research are often hampered by a simple lack of vessels.

This is something that Yachts for Science is aiming to overcome. A partnership between the Arksen, BOAT International, EYOS Expeditions, the Ocean Family Foundation and Nekton, works as a matchmaking network for scientists and suitably located boats.

Any ocean science team can submit a project and, if short-listed, this is then either matched with available yachts or held on record and matched with vessels if and when they become available.

Not only does this facilitate research, it does so at a fraction of the cost of traditional methods, as a typical ocean research vessel can cost as much as $25,000 a day to operate.

However, not all boats are designed for science.

Equipping a private boat with scientific functionality does not have to get in the way of the luxuries and comfort expected from such a vessel.

Mountings for cranes and winches can be hidden away, network infrastructure can be fed within the walls, and connectivity is something that owners demand, whether researching or not.

Indeed, with the commitment of owners to pledge a portion of the boat’s time to ocean research, and plans for a global network of syndicate-owned boats, the growth of Arksen’s fleet means the growth of scientific capabilities around the world.

It will take more than Arksen’s fleet to create the global data needed to protect our oceans. But by driving awareness amongst the marine environment, a large-scale take-up of the boat-sharing philosophy could help just in time.

Because only through transparent, global research can we achieve the predictable, clean, safe, healthy and sustainably harvested ocean we need for our future.

Hear from Arksen’s Founder about the philosophy of designing for science.

On the Earth’s Climate in Paleozoic Times

Convention on Law of the Sea