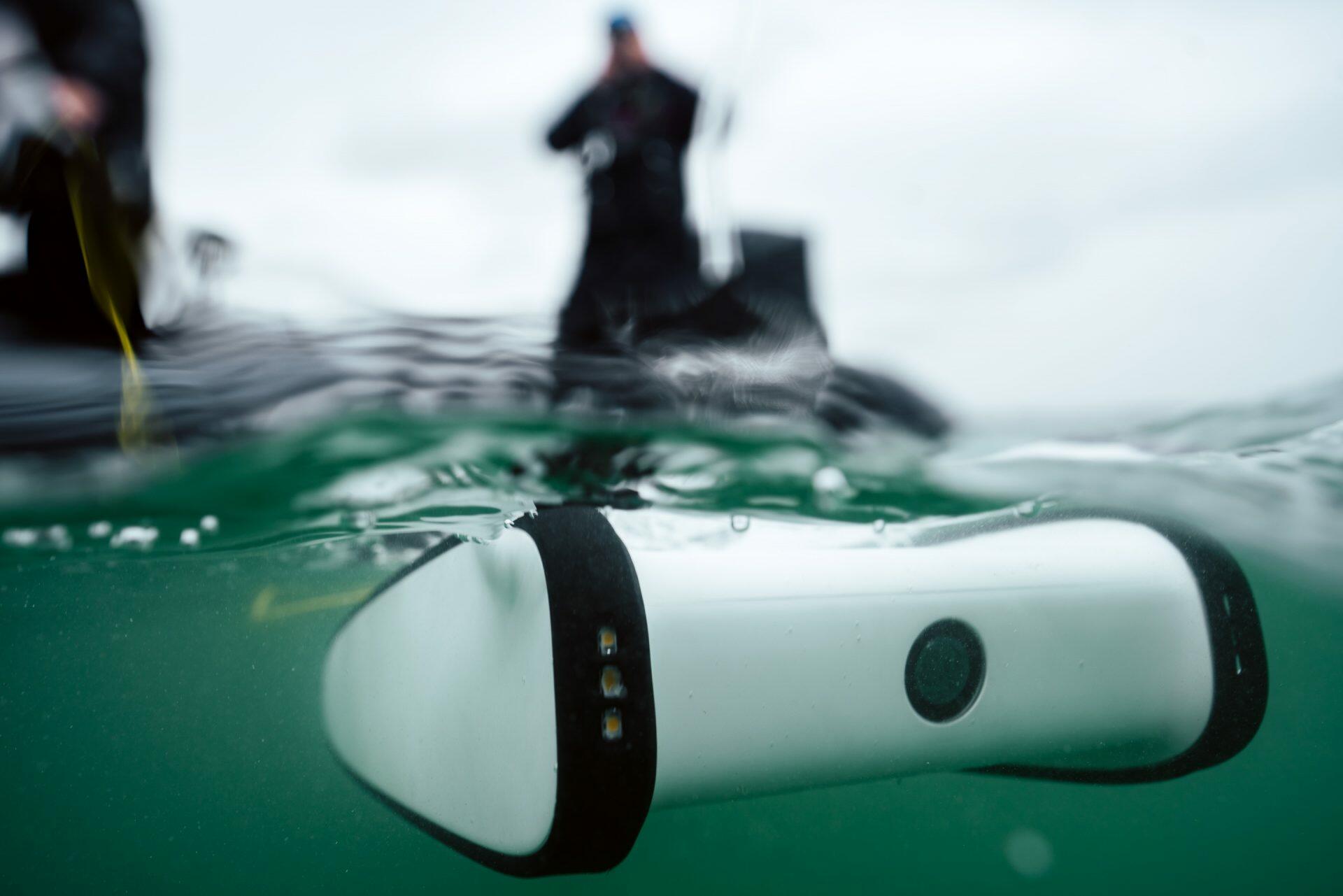 In late August this year, the Arksen Foundation teamed up with research fellows, Dr Chris Yesson from the ZSL Institute of Zoology and Stephen Long from UCL, to survey the presence of kelp along the south coast of England, in support of the Help our Kelp campaign. A RIB provided by Arksen was used to launch a small remotely operated tethered camera system (the Trident ROV) to survey the shallow areas of the coastline.

Back in 2019, a survey by Sussex IFCA and ZSL was conducted with the Sussex IFCA patrol vessel, whilst towing a video sled across the deeper waters and along the flat seabed. The video was analysed and found there to be no kelp in the area (approximately 30km stretching from Pagham to Shoreham), despite it being a previous location of abundant kelp forests. It was clear that over the last 40 years, these important habitats had diminished significantly and the majority of kelp had been lost, due to storm damage, changing fishing practices and the dumping of sediment spoils by dredging boats.

This kicked off a kelp restoration project headed by Sussex IFCA as well as the Help Our Kelp campaign in September 2019, in partnership with Sussex Wildlife Trust, Blue Marine Foundation, Marine Conservation Society and Big Wave Productions ltd.

Once stretching along 40 km, from Selsey to Shoreham, the underwater forest extended at least 4 km seaward. The campaign acts to restore the vast underwater kelp forest off the Sussex coast to its previous state.

The Help our Kelp campaign has the full support of broadcaster and natural historian, Sir David Attenborough, who voices the stunning campaign film. The film acts to encapsulate the environmental benefits of kelp and their necessity to ecosystems, as well as the wealth of wildlife to be found in this diverse habitat.

In January 2020, the Help our Kelp campaign had a breakthrough, with the Sussex IFCA, proposing a new bylaw that will see restricted trawling (a fishing method that involves pulling a fishing net through the water behind a boat), in a 304 km2 area along the Sussex coastline to promote kelp restoration.

Kelp is the name for a group of large brown seaweeds that can form dense aggregations known as kelp forests. They are one of the most biodiverse environments on the planet and much like coral reefs, create an oasis of life wherever it grows. Kelp provides essential nurseries, habitats and feeding grounds for wildlife such as seahorses, cuttlefish, lobster, sea bream and bass.

They also absorb a huge quantity of carbon, meaning these forests are not only vital for sea life, but for climate change. Globally, kelp forests drawdown over 600 million tonnes of carbon, which is twice what the UK admits per year. They are therefore a vital tool that we need to fight the fight against climate change.

Kelp forests can also absorb the power of waves, meaning water quality is improved and coastal erosion reduced. They, therefore, have a huge impact on the world we live in and their restoration is vital to the sustainability of our planet. 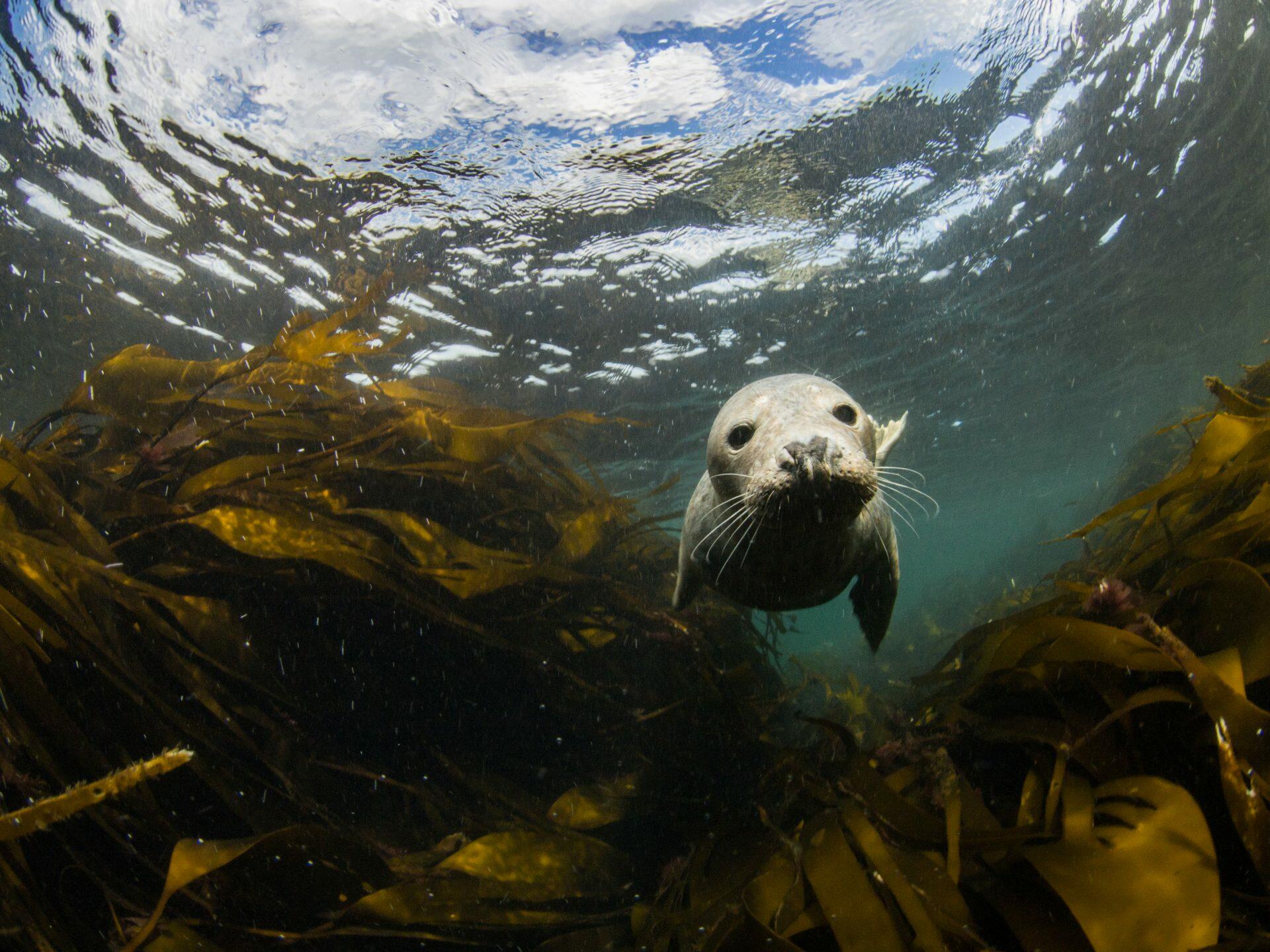 The aim of August’s 2020 survey was to view places the video sled couldn’t previously reach in 2019, due to its restriction use on the flat seabed. There had been some anecdotal reports of kelp in rockier areas, so the RIB provided by Arksen facilitated, with the use of a small ROV, to help reach these more remote areas.

With the new bylaw for restricted trawling in place, the team also wanted to establish a baseline of kelp coverage so that they could effectively monitor the forest recovery.

If kelp was found to be attached to any fixed underwater structures, such as pipes or old concrete platforms, it would be clear that kelp can still grow naturally in the area. By simply replacing rock beds along the coast, along with the trawler exclusion zone in place, a significant impact on kelp restoration could see the kelp forest start to return to the area.

The team successfully deployed the camera system from the RIB, despite some challenging weather conditions. There were sightings of a couple of blades of Sugar Kelp, in an area south of Selsey Bill as well as a lot of ‘Dead Man’s Rope’ (brown seaweed formed into long, cord-like fronds) which is much more widespread than the previous year.

Sussex IFCA and ZSL have established from the recent survey that long-term kelp restoration is dependent on both the availability of kelp spores (to seed recovery) as well as a suitable seabed substrate, where kelp can settle and grow into its mature form. To thrive, the kelp forests need strong anchoring points so that they can withstand the ocean waves. The survey helped the team identify if the presence of large rocks was sufficient to allow for kelp growth in the area.

The access to the RIB was a key factor in allowing the team to access the more remote and hard to reach rocky areas of the coastline. The Arksen Foundation will continue to facilitate the research and monitoring of the Sussex kelp forests and are proud to support academic marine research and conservation projects, especially for conservation charities such as ZSL.

If you would like to know how you can get involved to help with the project please visit the Sussex Wildlife Website. Or if you are a vessel looking to offer time onboard to scientists please register your interest at Yachts for Science.

Sugar Kelp captured by the ROV in low visibility
Sign up to our newsletter:
Privacy PolicyTerms & Conditionstellmemore@arksen.com+44 (0) 23 8001 0017