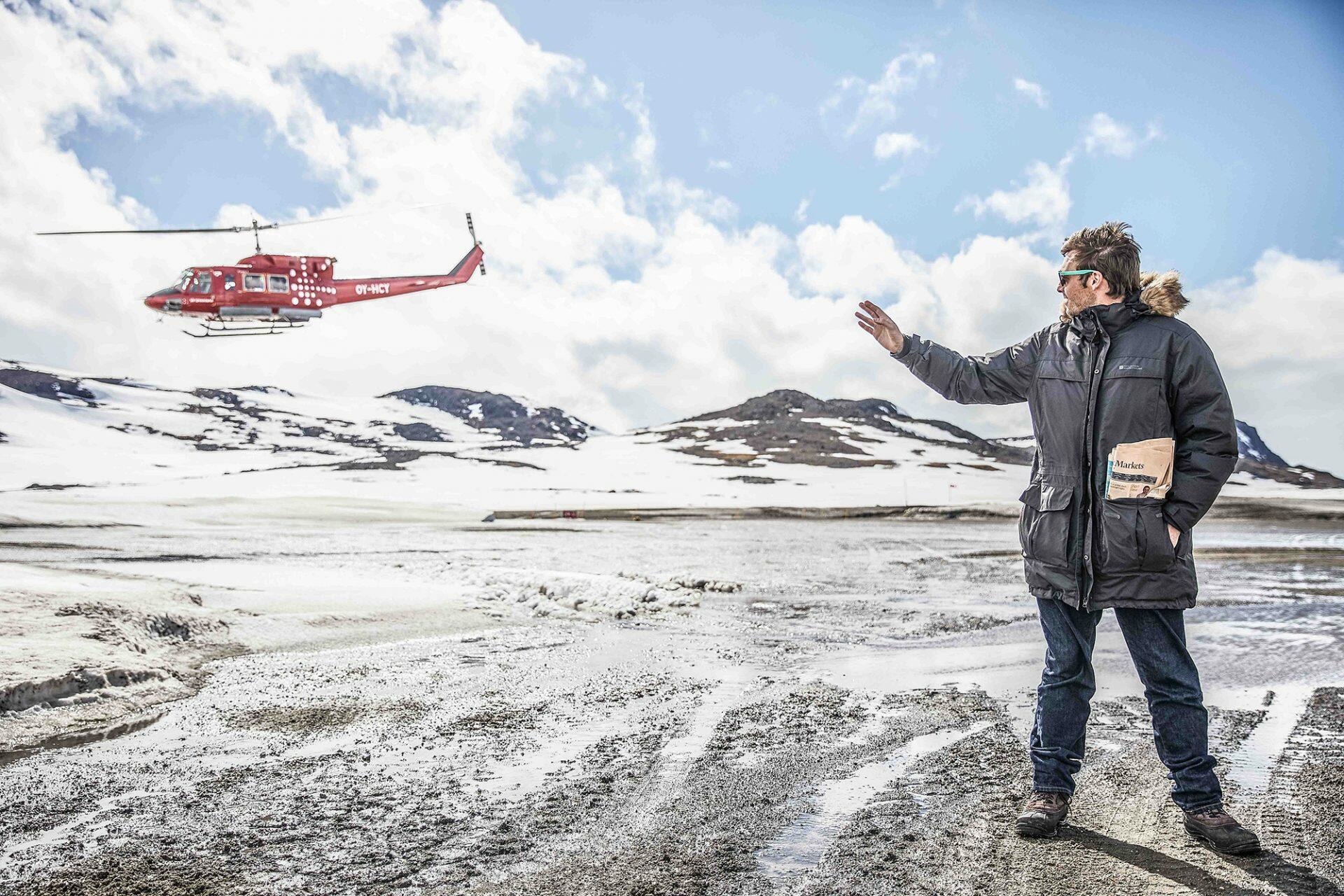 Arksen Adventure & Research Consultant, Nico Wills, details his Greenland adventure an the impact a change of climate is having on Inuit way of life.

Living on the Fringes

Last year I had the privilege to spend some time up in Greenland, living on the fringes of the civilised world in a place where modern and old cultures clash. The Inuit way of life is in as much threat from the constant change in the Arctic climate as the wildlife is, but it is often less documented. The traditional use of dogs and sledges for transport of goods and people is under threat as warmer conditions make the process untenable. In a land where the only road exists within and stops on the edges of the village the degrading of these traditional routes is of major concern to the locals but less known in the outside world.

1. Stepping out on the ice I could see my team ahead. The musher, seal-skin clothing replaced by modern ski wear, ready and waiting. The dogs rested on the ice, oblivious to the cold. The Inuit still use dogs and sledges for hunting and transport, something they have done for thousands of years.

2. With the drivers unsure one steps out further onto the ice to test the route. Armed only with a long pole that has a foot long metal spike attached, he rams this repeatedly into the ice ahead of him, probing, testing. He concludes that the incoming Spring has done its work. The paths are too weak to continue. Returning we load up our kit, turn the sledges and head back to the village.

3. The Inuit still cover ground over ancient paths. Routes from and to village weave through valleys and mountains, over ice up the east coast of Greenland. Another year of unseasonably warm weather has meant that a month ahead of normal the teams may have to stop running their routes. The sledges sink up to the tops of their runners in the soft ice and snow, the dogs gainfully battling to drag us through the slushy mess.

4. The Inuit sledge and tools have not changed in centuries. Maybe some modern components help such as plastic on the runners, but otherwise, all is as of old — a wooden sledge, a seal rawhide whip and spiked pole to test the ice. Mushing is a physical undertaking. Rather than stoically standing at the back of the sledge the drivers are continually moving. From back to front they go, cajoling the dogs and the sledge to go where they need it, physically lifting and dragging both where required.

5. Further into the valleys, the going is harder and harder, the dogs fighting for every foot of ground gained. Stopping, the three team leaders rest in the sunshine. Overhead the sound of crashing water heralds yet another avalanche as sun-baked slopes collapse. Worried about the thickness of the ice the leaders are not sure whether heading further is safe or not.

6. On the edges of the village are the sledge teams — packs of huskies, tethered by chains and left out in the wind and snow. As I drew closer, the lead dog started a baleful howl of alert, soon picked up by the rest of the dogs.

7. Huskies truly are an incredible animal, the Greenland version being small but touch, its energy and enthusiasm boundless. Hardened against the cold they curl up to sleep in the snow. When extra heat is needed a scrum can sometimes occur as they pile on top of each other. They truly love to run, stray dogs left out from the team often joining in despite not being harnessed.

8. Heading home from the teams more dogs on sentry stand watch outside their owner’s homes. Unlike guard dogs back home these are used to ward off more significant threats. Also affected by the early ice melt, polar bears are frequent visitors to the village in search of food as their seal hunting seasons grow shorter. Locals have woken in the night to behemoth intruders inside their houses searching for extra morsels to tide them over.

9. At his merest sound, the dogs leap into frenzied action. Usually quiet and reserved my musher too comes alive when with his team, a constant stream of whistles and sounds guiding his dogs forward. Higher up the snow has melted fast, and the sticky mess slows the team as they struggle uphill. Their instinct is to turn for home. Deftly the musher flicks his whip left and right of them. Never touching but the threat guiding them back on the path.

The Arksen team have taken up many adventures over the years. Discover the Arksen adventures of Olly Hicks and Jasper Smith.

You can take on your own adventure with the Arksen Syndicate – find out more.